Christmas was around the corner and my boss came up with a ludicrous plan. I was to contact all our own suppliers, but she also gave me a list of outside businesses, to ask for promotional items. I was required to market the idea as beneficial to each business as a method to gain University clientele.’ I was horrified. In reality, she wanted the items for staff prizes at our departmental Christmas party. It was her effort to be seen as the ‘benevolent boss!’

She rejected my draft letter to our contacts as it did indicate the true delivery point for the sponsored items. She made me rewrite it (suggesting it was a promotion to the whole University community) and sign it. I was totally ashamed of the idea and outraged at the fact it would bear my name (her insistence as I was the Marketing Manager). It went out to 120 different businesses, some as unrelated to University interests as beauty salons, gift shops and clothing shops. This wasn’t marketing, it was grand deception.

Some of our supply company reps called me to find out what was going on. I’d known them for years. They also knew how demanding the new boss was. I had heard her scream at a few of them behind her closed door. I apologised saying it was out of my hands. They all sent in promotional items like clocks, umbrellas, golf shirts, calculators, and other quality goods. My office began to look like a collection depot for a charity. I wished it were for a good cause but it wasn’t. I was sick about it. This went against every fibre of my being. Some of the other Managers also knew this was wrong too, but kept quiet, except for one, who thought it was my idea and shouted at me for my unprofessional conduct, which she thought was disgusting. She later apologised when she realised I had been ordered to send the letters out.

The night of the party loomed and my boss asked me why I hadn’t indicated my attendance. She looked Angry! “I have an exam next morning… I have to study, ” I answered (it was true). She looked disgusted. “You should have allegiance to your work here,” she countered. I pointed out that it was a voluntary social event, and that not everybody would go (but actually they did because they were scared of her wrath) . At the party, the staff had to play games to win the prizes… There were just so many items, most staff ended up with at least two of the sponsored gifts. None of the staff knew the true source of their prize (as promised in the letter) and thought that it was the best Christmas party ever. My boss was not going to forgive me for not attending. I was the only person missing.

I needed an antidote to the shenanigans.

Our Receptionist had gone to the party (because she didn’t want to incur the boss’s displeasure), but confided to me that she was pretty disgusted at the money spent on it. I asked her what she was doing for the holidays? “I’m cooking a Turkey, to take down to ‘The Food Kitchen,” she answered.

The Receptionist’s daughter worked for Amnesty International and also volunteered at the drop in centre for the homeless, known as ‘The Food Kitchen.’ All the volunteers were taking a cooked Turkey into the centre for A Christmas Eve Dinner Party for the street people. As her daughter was busy trying to get her baby well again, she was taking on the cooking of both Turkeys. “I can buy and cook one too, ” I volunteered.

Later, I also spoke with a friend working at a local’ Food Bank. ‘ She told me about a young Mum who had lost her job and just simply couldn’ t afford Christmas for her four-year-old.

So, on Christmas Eve, I gave my friend a food basket full of food, chocolates, a cooked ham, and a Christmas pudding, all topped by a giant Teddy and a few stocking stuffers to take to the young Mom. I never met her… I told my friend to keep it anonymous.

Then after cooking my stuffed Turkey, I bundled it into my car, still hot, and drove to the homeless drop in centre. My partner didn’t want any part of proceedings, describing it as a ‘complete waste of money.’ Bah Humbug.

There must have been 20 volunteers and at least 120 homeless people. I helped in the kitchen serving, and then we volunteers all sat down amongst the homeless to eat. It was a lovely party. One of the volunteers came in dressed as Santa and handed out homemade Christmas presents… Hats, scarves, gloves and items for survival on the street. Alcohol wasn’t allowed (for obvious reasons), but there was much laughter and lots of hugs. It was such a contrast to the work celebrations and actually my nicest Christmas Eve ever. 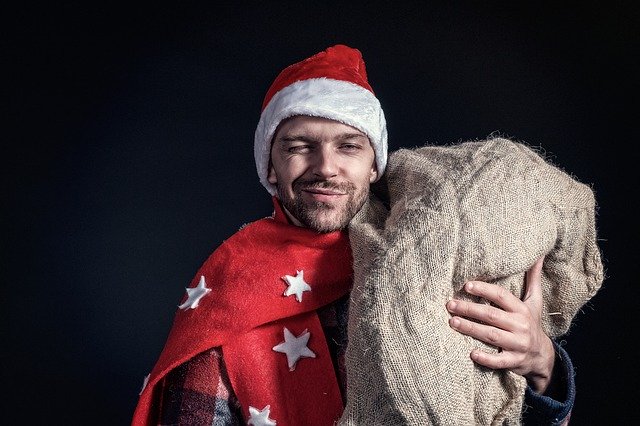 My own Christmas was pretty soulless but as always, I cooked a full Turkey dinner and all the trimmings. My ‘me’ time came later after I had finished washing-up. I would always ask my partner if he wanted to join me on an evening walk in the snow. The answer was always ‘no,’ and that year was no different.

The crisp air made the snow crunch underfoot. Tiny ice crystals were drifting in the air, looking like glitter in the glow radiated by street lamps. I could see my breath and felt it freeze on my scarf wrapped over my mouth. Christmas music wafted from houses lit up with neon pink, blue and green fairy lights. Occasionally a door would open and jolly voices would say hello or goodbye. But the magical bit always came with the stars. I could see Orion, the Plough, and the Pleiades group twinkling brightly above me as I moved to the darkened street end overlooking fields. There the universe spoke to me and always filled me with the best energy ever. It was and is the gift that keeps on giving. I felt I was changing and all that I once thought important, was just false and meaningless. It was as though a veil had been lifted and I was truly seeing the real face of real life for the first time. I was tempted to take off my boots and ground my feet, but it was just too darn cold! I counted my blessings and revelled in my great new experiences. The night felt magical. 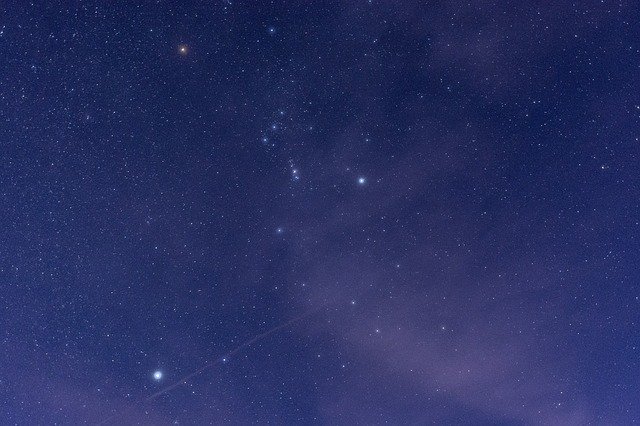